Comma Usage: How to use multiple commas

I’m wondering about comma usage. How do you punctuate a sentence like this to show that the dependent clause applies to both Johnny and Lisa (and not Lisa alone): “Johnny went to the park and Lisa went to the beach because it was nice outside.” 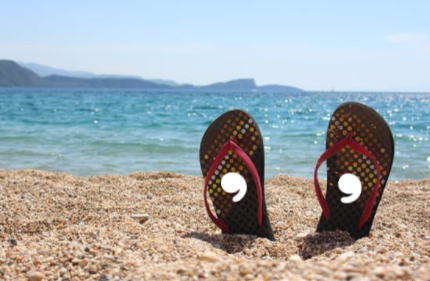 The short answer
Our preference, to avoid any ambiguity, would be to insert commas as follows: “Johnny went to the park, and Lisa went to the beach, because it was nice outside.”

The details
This sentence is grammatically correct without commas. If you add one, however, you should add a partner.

Here’s the rule as written in The Chicago Manual of Style: “Whenever a comma is placed before an element to set it off from the surrounding text … a second comma is required if the phrase or sentence continues beyond the element being set off.”

Let’s tease that rule apart to understand it better.

Comma usage: setting off an element from surrounding text

In the example sentence, we’re talking about what Johnny is doing, and we’re adding in a bit about Lisa. We don’t want the idea of Johnny’s actions—“going to the park because it was nice outside”—to get lost in the addition of what Lisa was doing. Thus, a second comma is required.

Comma usage is often a matter of judgement and sometimes a matter of preference. When editors work, we have in mind what we call the 4 C’s—making the text clear, concise, coherent, and correct—in service of the biggest C of all, communication. The clearest way to communicate the intended meaning is to put Lisa’s actions within a set of commas.

How comma usage can affect meaning

1. Adding one comma. If we add only one comma, the fine weather as a reason would apply only to Lisa’s actions:

Applying a comma in this manner suggests two separate thoughts joined by a coordinating conjunction:

It’s clear that the writer wants to avoid this interpretation.

2. Omitting the commas. If we omit the commas entirely, the sentence may be misread:

“Johnny went to the park [for whatever reason] and Lisa went to the beach because it was nice outside.”

In the interests of clarity and communication, it’s better to add the second comma so there’s no chance of misreading the sentence.

We hope you’ve learned everything you needed to know about using pairs of commas to clarify your message.

This question came from a reader like you. You can submit your questions to our Ask the Editor column, and our editors will get to work writing up the answer. Don’t forget to subscribe to our blog for new post notifications.

Wondering how to cite sources with the same author name in your APA citations? We explain how to do it properly in this blog post.

How to write dialogue

When I write dialogue in text, do I need to separate each speaker’s speech into its own paragraph, or can I leave it all on one line? Read on to find out.